We're passionate about helping couples strengthen their faith and marriages, so they enjoy their lives together, finish strong and leave legacies that ultimately glorifies God.

Like all couples, we've had our ups & downs too, but we've learnt and with God's help mastered key success areas, and we look forward to supporting others on their own journey. 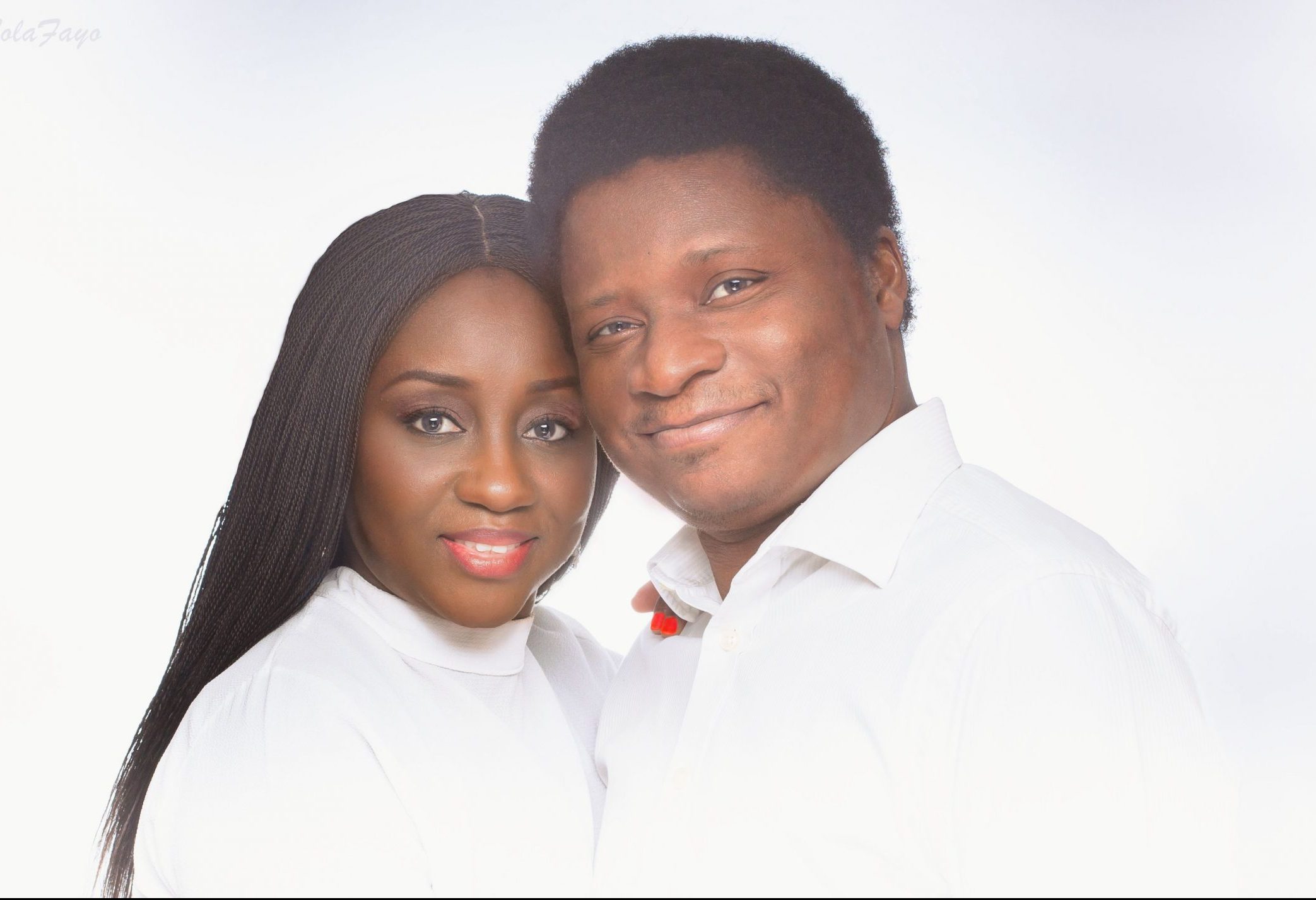 Yay!! Good to have you here.  Here are some Q&A so you know us better.  Tell us your full names

B - And I am Olubukola Folasade Ogunfayo.

Tell us about a bit about your families and growing up.

T - I'm the first son of 3 boys .  I was born in Lagos, spent most of my childhood here too. I attended Oshodi Comprehensive High School and graduated from the Obafemi Awolowo University, Department of Mechanical Engineering.

B - I'm the second child and daughter with 3 other siblings from my mum. I grew up in Lagos as well, schooled at Queen's College Yaba and studied Architecture at the Obafemi Awolowo Univeristy, Ile Ife.

When and where did you meet?

When and where did the dating or marriage proposal take place?

T - Actually, I didn't quite ask her to go out with me. We were really great friends already so it was a proposal upfront.

B - True, we both have our birthdays in April (10th and 30th) and had pushed celebrating it together in 2003 till September. We were both working and could afford a lunch-date at Sheraton Hotel Ikeja. At the restaurant, he didn't seem into the buffet per se, till he got himself together...lol. And then he asked 3 questions. Well the last one was "Will you marry me?".  I wasn't expecting it at all, but was definitely pleasantly surprised. So I told him to give me some time before I could give him a response.

T - And I gave a condition. You see, I was working in Ibadan and she was in Lagos. I visited over the weekends mostly so we could spend time together. And this was one visit. So the condition was that I wouldn't come to Lagos till she was ready to give me an answer.  2 weeks after, she was ready. At another dinner date in a Chinese Restaurant in Adeniyi Jones, I got my "Yes" and here we are.

When and Where did you get married?

We got married on the 18th of December 2004, at the Archibishop Vininig Memorial Cathedral, Ikeja, Lagos Nigeria.

Interestingly enough, before we met, we had individually desired and decided to marry right and have a great marriage. So we had taken great steps to prayerfully prepare separately. So meeting and discovering we had so many values in common was a bonus for us.

We have since then been deliberate with this one intention -  that our marriage would be a model to many and an example to others. However, with the regular twists and turns young marriages face, of which we had our share...lol, we only stepped into a deeper level of awareness and growth as a couple around 2013, when we started living together as a proper family. We had done split family because of work, since 2004.

We agreed to allow God, who has blessed us with such a gift of a marriage like ours, use us to bless other couples. We have been committed to serve in this area in our local assembly but knew there was room for more and to reach many more homes. Then Fortified Together was birthed.

What would you like to say to couples reading this sometime?

B - A beautiful marriage is possible, if you believe and follow the creator's manual. There's a greater purpose for your union, when you discover it and pursue it, you would value what you share better.

T - Yes I believe as well that a great marriage is achievable, but you should know that it takes more than "Love" to make that happen. It takes commitment..., two people willing to give more than they take everyday.